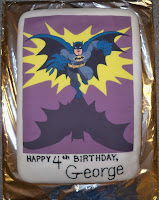 This was George's fourth birthday cake at his party. Set at a church hall, with 20 other children and their parents. There was a games lady who did an excellent job playing with the children - except George, who enjoyed playing with a friend or two in the kitchen instead. He says he had a good time though, and we believe him! 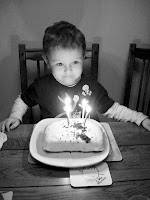 George had his actual birthday on Friday. Low key family affair with his request - an ice cream cake. 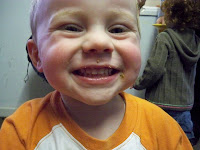 Difficult to get good pictures of Henry these days - probably because he's always on the move. This pose is after shoveling biscuits in his face at George's party.
Posted by tempdisplaced at 13:01